Drabbles for Love and Money (but mainly love)

I've had rougly 130 drabbles published since 2018, two of them even reappearing in "best of" compilations. More than half of them were speculative fiction or horror drabbles published in Black Hare Press' 11-book "Dark Drabbles" anthologies series, and another 8 published on the BHP Dark Moments website: 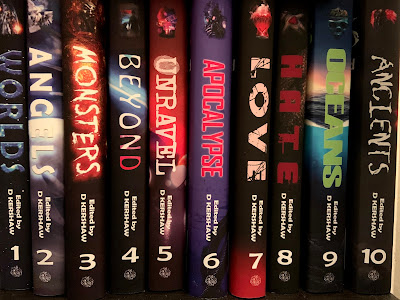 Additionally, BHP awarded me four $10 Amazon gift cards for being the first author to have the full compliment of five drabbles accepted for each of the first four Dark Drabbles anthologies. (I lived in Japan during those days, in the same hemisphere as the Australian-based publisher. After I relocated to the U.S.A., I lost my timing advantage and never again came in first.)

For each authors who contributed five drabbles (the maximum permitted) to all of the original ten Dark Drabbles anthologies ("The Five Club"), BHP also gave, as a surprise thank you gift, a tiny unique booklet exclusively compiling that 5-Club author's drabbles, named after one of the authors featured drabbles. Mine, titled "M.E.E. First", is shown below.

Finally, BHP once awarded me a plush horror toy (pictured below, est. value $27 +shipping) as a contest prize for the drabble chosen as the favorite to be included in the author-led cyberpunk anthology, "ZERO HOUR: 2113. 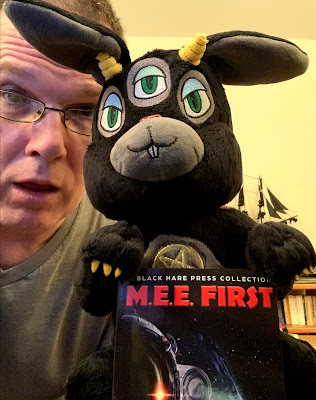 So, in digital cash, gift cards and gifts (excluding the priceless unique compilation), to date, BHP has paid me $99.48 for drabbles.

Add to that the $5 I was paid in 2018 by Shacklebound Books for a single drabble in the "DrabbleDark Anthology Vol. 1", and I've earned just over $104 total for drabbles.

I realize these are amateurish earnings, and some might say pathetic, given that I've spent far more than I've earned to purchase one print copy of each of the books. Even so, they are a milestone in what I hope will eventually progress to become a respectable writing career.

Drabbles clearly aren't where the real money is at, for a contributing author. (Ask me again when I compile and sell my own collection someday).  ;)

Meanwhile, if you're an amateur writer like me and interested in writing drabbles for unpaid calls, I've just had five more zombie-themed drabbles accepted for "INFECTION", by fledgling publisher, Black Ink Books, who is planning a whole series of differently-themed, horror drabbles, called "Legends of Night Drabble Series". 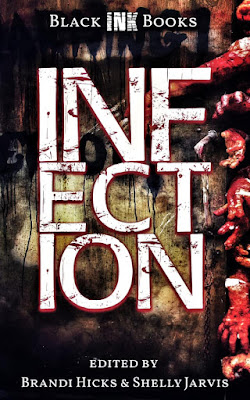 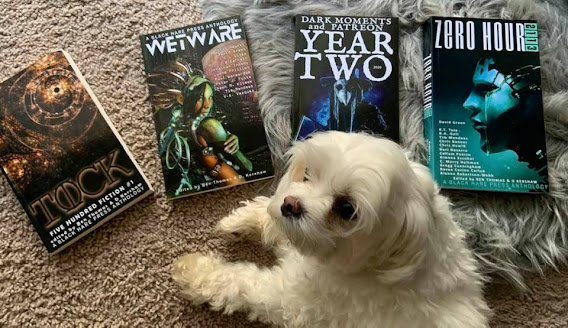 Excluding early 2021 publications mentioned in recent posts,  Zero Hour: 2113 and Poetica 2,
my most recently published anthologies to which I am a contributor are:
"Rowan & Oak (Hawthorn and Ash Book 2)" by Iron Faerie Publishing,
featuring my fantasy drabbles, "Dark Enough to See", "No Shelter" and "An Ill Wind", and 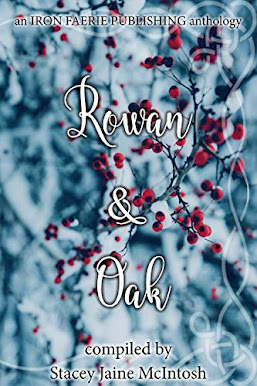 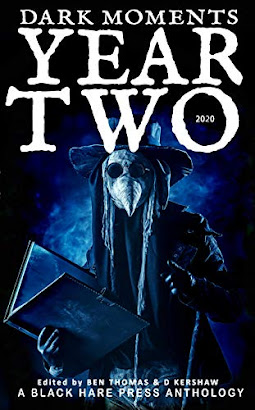