My flash fiction story, "Curse of the Demon Lord" will be one of those featured in "Reign: A Dark Fantasy Anthology (Five Hundred Fiction Book 7), with an expected print date of August 31st, but already available on Kindle. 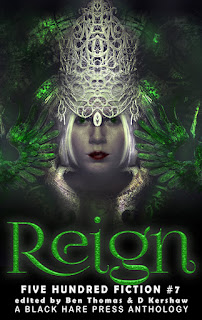 ...
In other news, two of my drabbles, "Never Quit", and "Keelhauled" were accepted for a horror anthology, "100 Ways to Die," by the fledgling publisher, Crows Feet Journal. 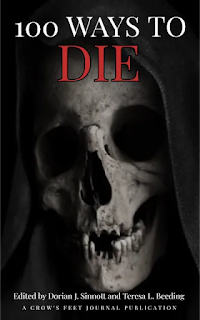 Having been extremely preoccupied recently, what with moving to South Korea and feverishly writing for some contracted deadlines, I've been slacking on updating this blog. To catch up, I'm going to combine two belated publication announcements for the same publisher: Clarendon House Books

First, my humorous story Pregenesis has been published a fourth time as part of the "Best of" series in Issue #29 of Inner Circle Writers' Group Magazine. 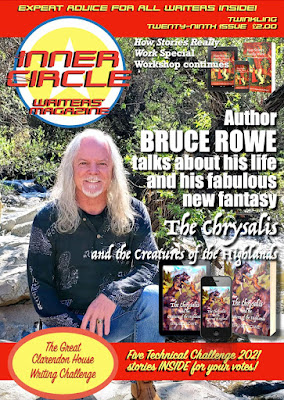 This story was first published in "Carrier Wave: The Inner Circle Writers' Group Comedy Anthology 2018", and voted the best of the anthology.  As a winning story, it was chosen for inclusion in "Gold: The Best from Clarendon House Anthologies Volume One 2017/2018", and published a second time.
Next, it was republished in Personal Bests Journal Issue 1, and finally, in the magazine above.

Finally, my science-fiction love poem, "A Spaceman", was published in May 2021 in "Poetica # 3: The Inner Circle Writers' Group Second Poetry Anthology 2021" 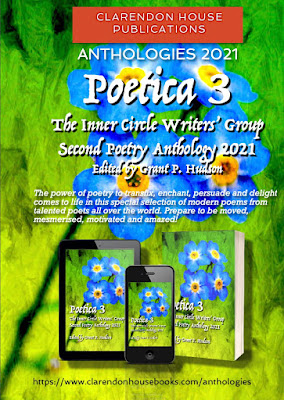 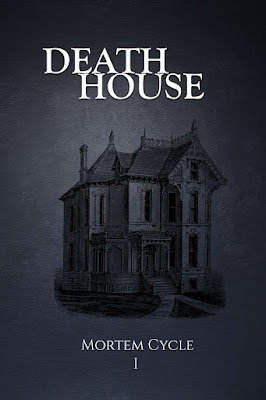 Breaking Rules Europe Publishing has taken over the publication of this horror anthology from Raven & Drake Publishing, including my short story, "Funny and Sad".  The e-book version is now available: https://books2read.com/u/bze7DE
Posted by Shawn M. Klimek at 5:42 PM No comments: 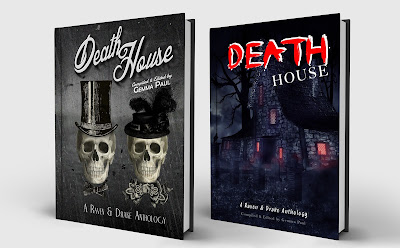 The Devil Made Me

Parts 1 and 2 of my horror story, "The Devil Made Me" are now available to read for FREE in the March and April issues of The World of Myth Magazine, respectively. 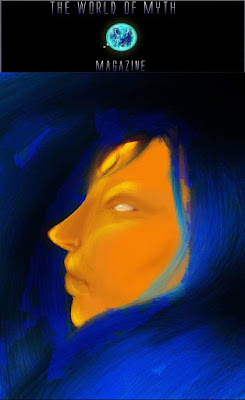 Now available for pre-order, "Mythical Creatures of Asia" features drabbles about...well, exactly what the title says, including three of mine: "Corpse Flies", "Hunger of the Nian" and "Manticore Hide". 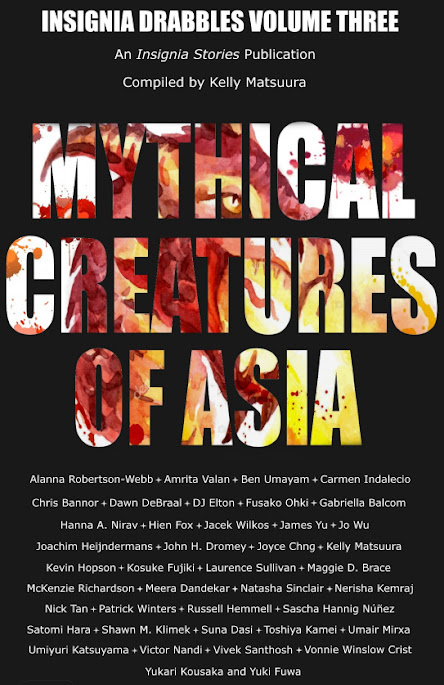 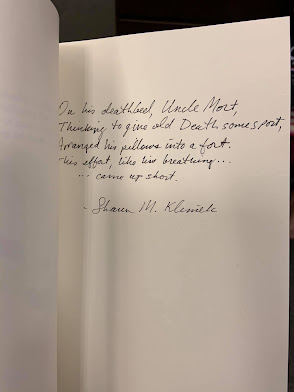 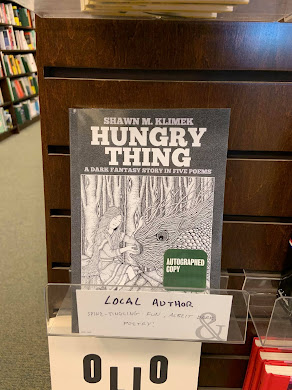 In other poetry news, I printed a ream of my poetry already published online (much is available as free reads, see side bar) and mailed it to my parents. My father, who is also a poet, phoned me to say, "I bow to the master!" My mom reported that he cried with joy reading some of it. Now, that's good parenting.
Finally, I wrote a new humorous poem, "Angels Congregate on Wings", which I'm considering reserving unpublished for a chapbook of my poetry. I have a few about angels, which might allow for a themed chapter. So far, reactions to the poem have been overwhelmingly positive.
Posted by Shawn M. Klimek at 1:08 PM No comments: